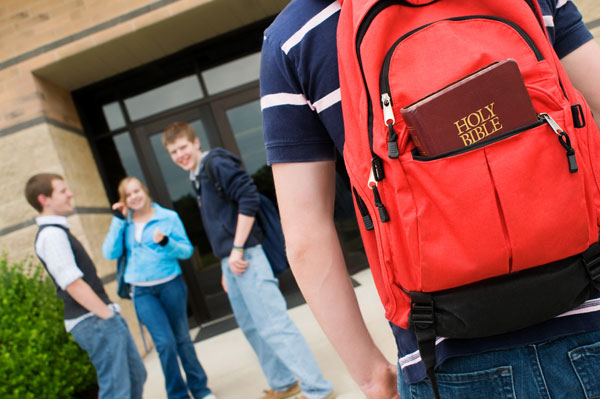 As noted elsewhere, the In God We Trust Foundation, Inc. was privileged to fund and award $75,000 to The Martyrs of La Florida Missions, Inc. for teaching the significance of religion in American & Florida history.
From 1549 to 1761 many priests and natives were killed in evangelizing the faith in our nation's colonial land known as La Florida.

It is a seamless story that began in 1549 with the courageous landing of the Dominicans in Tampa Bay – and ended in 1761 in Pensacola as three Apalachee Indians were killed trying to protect the Eucharist.

For example, Antonio Cuipo was an Apalachee Indian and chief. Husband and father, teacher of the Catechism, singer, guitar and flute player, carpenter devoted to St. Joseph, Antonio was respected and loved by native and Spanish alike. He evangelized natives with flute music while he shared the news of the Incarnation. His joy and zeal brought many natives to the Faith. Antonio’s life ended tied to a cross, consoled, he said, to die like Jesus.

Only now is the extraordinary story of the Florida martyrs fully emerging. From an early date poets, artisans, chroniclers, religious superiors, a duke, a king, governors, and bishops had commemorated the saintly deaths of the Florida martyrs, and some had even anticipated their canonization.

In 1939 John Wynne, S.J., who had been Vice-Postulator for the cause of the North American martyrs and was now Postulator for Kateri Tekakwitha, sent Bishop Gannon a letter that contained a list of 106 “bold martyrs on the soil of our country” (Wynne to Gannon, 6/24/1939). Bishop Gannon was surprised: “I never knew there were so many American martyrs until I received your enclosure. Why something has not been done in this matter before, is a mystery to me . . . I am fascinated with it all and will be glad to co-operate with you in any way I can” (Gannon to Wynne, 6/26/1939).

Bishop Gannon presciently recognized that much of this evidence would be found in Latin American archives, in Cuba and Mexico (Gannon to Habig, 3/28/1942). Bishop Gannon himself had inspected the valuable Jesuit archives in Havana, and Fr. Habig also undertook archival research in Cuba. But of course research there was soon to become more difficult, and many of the relevant documents remained unknown. Yet today, building on the foundation established by Bishop Gannon’s committee, and thanks in large part to recent, extraordinarily fruitful archival work in Spain and in Cuba, which has dramatically deepened our understanding of this era and has in fact revealed the stories of martyrs altogether unknown until now, the time is propitious for the resubmission of the cause for the Florida martyrs. Yet Bishop Gracida testified that “there is an important story to be told . . . The martyrs have a place in history and are acknowledged by historians. The martyrs should also have a place in our religious memories, so that their lives might inspire and teach that service involves sacrifice” (1983 Report of Bishop Gracida to the Florida bishops).

Bishop Gannon’s efforts, it should be said, were anticipated and made possible by testimonies from those close to the events themselves. This is true for the Franciscan and Indian martyrs of northern Florida. King Philip V of Spain was so moved by the martyrdoms of the Apalachee Indians of the Mission of La Concepción de Ayubale (Tallahassee) that in August of 1704 he notified Pope Clement XI (r. 1700– 1721) that the Indians “gave their lives in the name of Jesus Christ Our Redeemer, imitating the glorious martyrs of the church, and may their names and veneration be worthy in time.” The Spanish Ambassador in Rome, the IV Duke of Uceda, responded that His Holiness the Pope “heard with great pain such a sad event and (yet) with consolation to see the determination with which they sacrificed their lives for the Faith.” Directed by the Pope, the Franciscans took sworn testimony about the martyrdoms of Franciscans and native Indians. Archival research has brought to light this as well as other rich testimonies. Finally, in 1743, King Philip V, “keeper of the Patronage of the Holy Catholic Church in my Kingdoms of the Indies, by virtue of the ius patronatus that was conferred on me through the successively issued Papal Bulls, to wit, Inter caetera, Eximiae devotionis, Ullius fulcite praesidio, and Universalis Ecclesiae, all of them set and confirmed by His Holiness Pope Julius II, of happy memory, and for all my dominions overseas,” established October 3rd as the day to commemorate yearly the martyrs of La Florida. King Ferdinand VI, succeeding Philip V, ordered the continued celebration of these holy martyrs.

Rich testimony also exists for the fama of the Jesuit and Dominican martyrs. As early as 1609, some four decades after his death, Fr. Pedro Martínez was listed in the Nomina Martyrum Ordine, and he appears in Jesuit Menologies later that century (Alegambe, Mortes Illustres; Nadasi, Annus Dierum Memorabilium). In the latter nineteenth century a Jesuit menology assigns Fr. Martínez to September 28 and the martyrs of Ajacán to February 3 and February 8 (Menology of the Society of Jesus, 1874). Poetry from the early seventeenth century anticipates the canonization of the Jesuit martyrs of Florida: “That day will come, when valiant Rome/ will adorn your blessed head with even greater honor” wrote the Belgian Jesuit, Gerard Montanus (1584–1632, Centuria Epigrammatum in martyres societatisIesu) about one of the martyrs of Ajacán. In the mid-twentieth century prayer cards were fashioned for these Jesuit martyrs, and for many years a large crucifix on the eastern side of Rte. 1, near Aquia (south of Washington, D.C.) has borne witness to the deaths of the valiant Jesuits of Ajacán. The Dominican Fr. Luís de Cancer, the proto-martyr of Florida, is the subject of a stained glass window in the Dominican church of St. Vincent Ferrer in New York City as well as in the church of Espiritu Santo in Safety Harbor, Florida. Fr. de Cancer appears early in Dominican menologies (Malpaeus, Palma Fidei S. Ordinis Praedicatorum [Antwerp 1635]).

These and other testimonies reveal that the fama of the martyrs of Florida has never entirely vanished, and many, beginning in the late 1500s, have believed that the blood of the martyrs would be responsible for the growth of the Church in the United States. Indeed Archbishop Gannon noted: “the Christian seed planted by the Catholic martyrs, tilled and watered by the Catholic piety of millions of immigrants, has matured into a great nation, whose Christian character is today best illustrated and defended by the [millions] of Catholic citizens, the legitimate and proud descendants of the early martyrs of the United States.”

The centuries-long chain to honor and remember the martyrs is comprised of strong links of stubborn insistence that gratitude to these great American heroes is due; and we claim these holy martyrs for our inspiration today. No less pertinent today are the words of Fr. Roland Burke, O.F.M.: “Possibly these soldiers of Christ will plead our national cause before the throne of The Almighty and be instrumental in restoring peace to our American people” (Burke to Gannon, 11/1/1941).

The In God We Trust Foundation, Inc. is privileged to be of assistance. 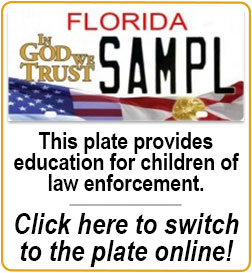